NJOF is America’s Official Juneteenth Foundation and the successful advocates for over 27 years for Juneteenth Independence Day Holiday. Founded by the late Rev. Ronald V. Myers Sr. M.D. who brought Juneteenth legislation to 43 States and the District of Columbia invite you to celebrate the complete story of Juneteenth by honoring the Juneteenth Fathers of Freedom, the United States Colored Troops (USCT). Who leaving from City Port, VA (present-day Hopewell, VA) as a “Show of Force” along the Texas\Mexico border to France’s Maximilian, ran into a storm in the Gulf of Mexico and were forced to land at Galveston, TX on June 19, 1865. Over 3,000 USCT bivouac on the island that day and brought the news of freedom to those still enslaved, while General Order #3 was posted on the door of the Colored church (present-day Reedy Chapel) informing all of their Absolute Equality. Join us as we post General Order #3 at every local church on Sunday, June 19, 2022, knowing the first Father’s day was June 19, 1910. All Things Juneteenth! #juneteenth #usct #June19 #freedom #njof #juneteenthpres 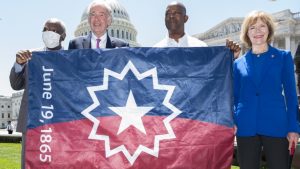 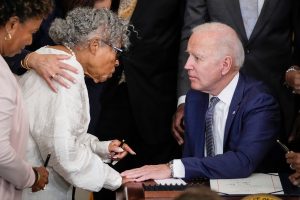